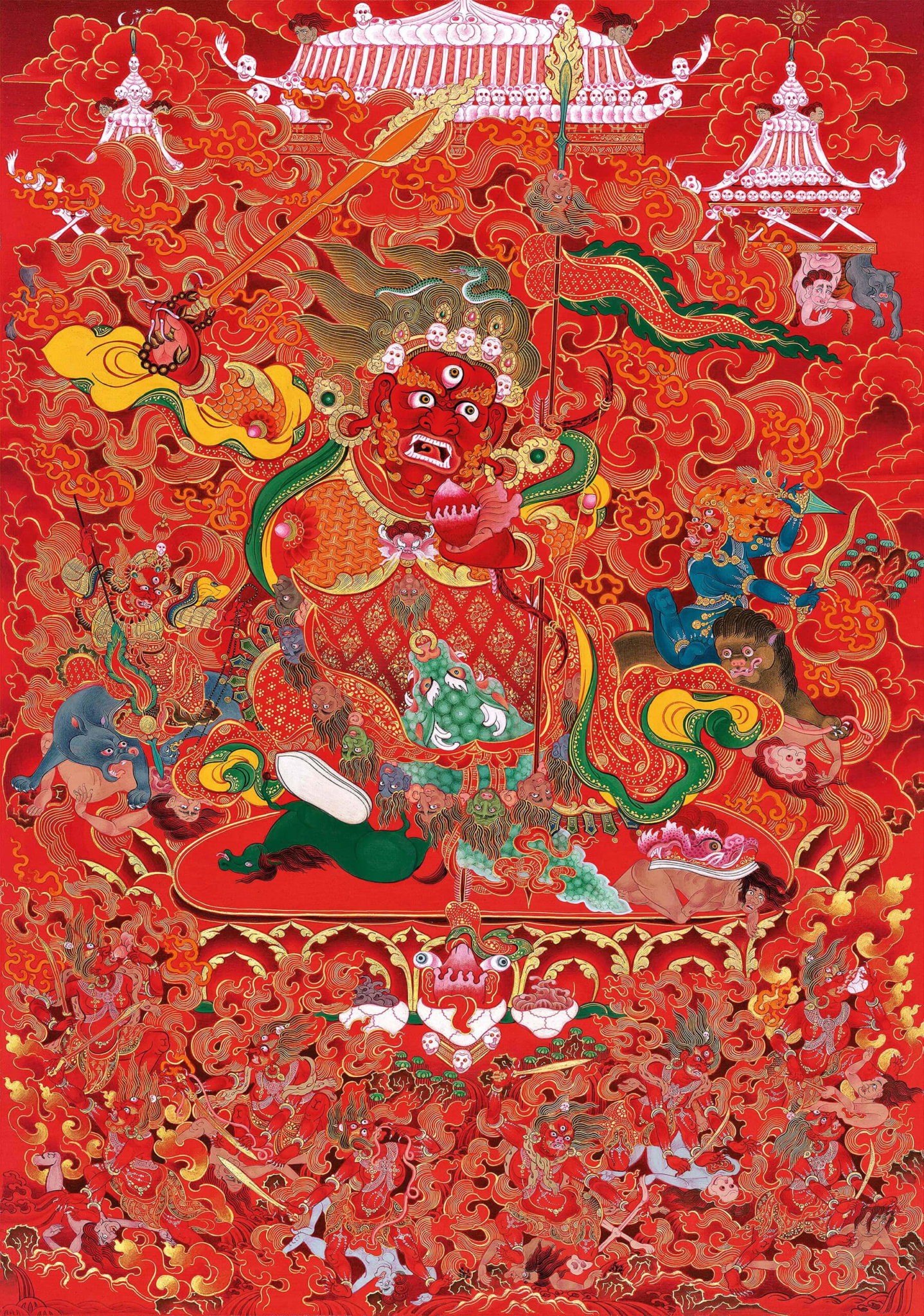 The protector deity Begtse Chen — the Great Coat of Mail, was popularized within the Sarma (new) Schools of Tibetan Buddhism by Marpa Lotsawa (1012-1096) and Sachen Kunga Nyingpo (1092-1158), the respective founders of the Marpa Kagyu and Sakya Traditions of Tibetan Buddhism.

Colloquially Begtse is known as red Mahakala and ranks relatively high in the Sakya protector pantheon. However, in the various Kagyu Traditions it is now rare to even find Begtse Chen. The protector was later adopted and incorporated into the Gelug School of Tsongkapa and subsequently became popular in Mongolia — predominantly following the Gelug tradition since the 17th century.

Begtse Chen is the main protector associated with the Hayagriva cycle of Tantric Deity meditation practice. For over one hundred years Western scholars have published the history of Begtse erroneously as beginning with the 3rd Dalai Lama and the subjugation of a Mongolian war god — referring to the protector deity Begtse.