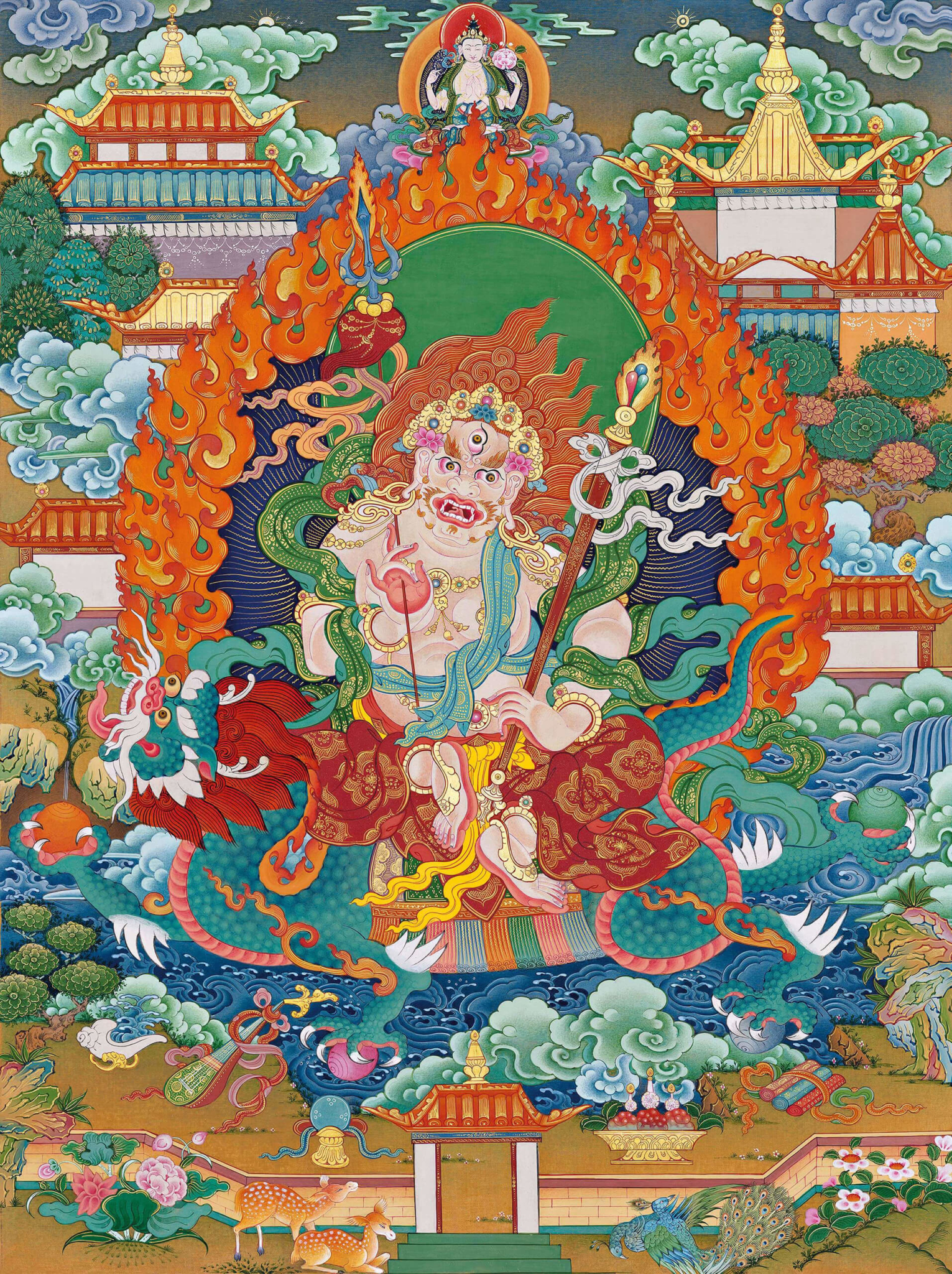 White Dzambala (tib. dzam bhala kar po) — in Tibetan Buddhism considered to be a deity of wealth and prosperity. There are five different manifestations of this deity.

According to ethnic legends, Jowo Atisha (982-1054) found a starving man one day. Finding no food around, he cut off a piece of his own flesh, and offered him. The man refused and Atisha being very upset sat down and begin meditating beside him. At this moment in front of them, from blinding white light appeared thousand-armed Avalokiteshvara, and said that he will manifest in the form of the god of wealth — White Dzambala to help those who live in poverty.

There is a strong belief that the material wealth received from Dzambala is inseparable from spiritual wealth. Because when people have enough not to worry about being poor, they can do good things with the selfless attitude and help all sentient beings.