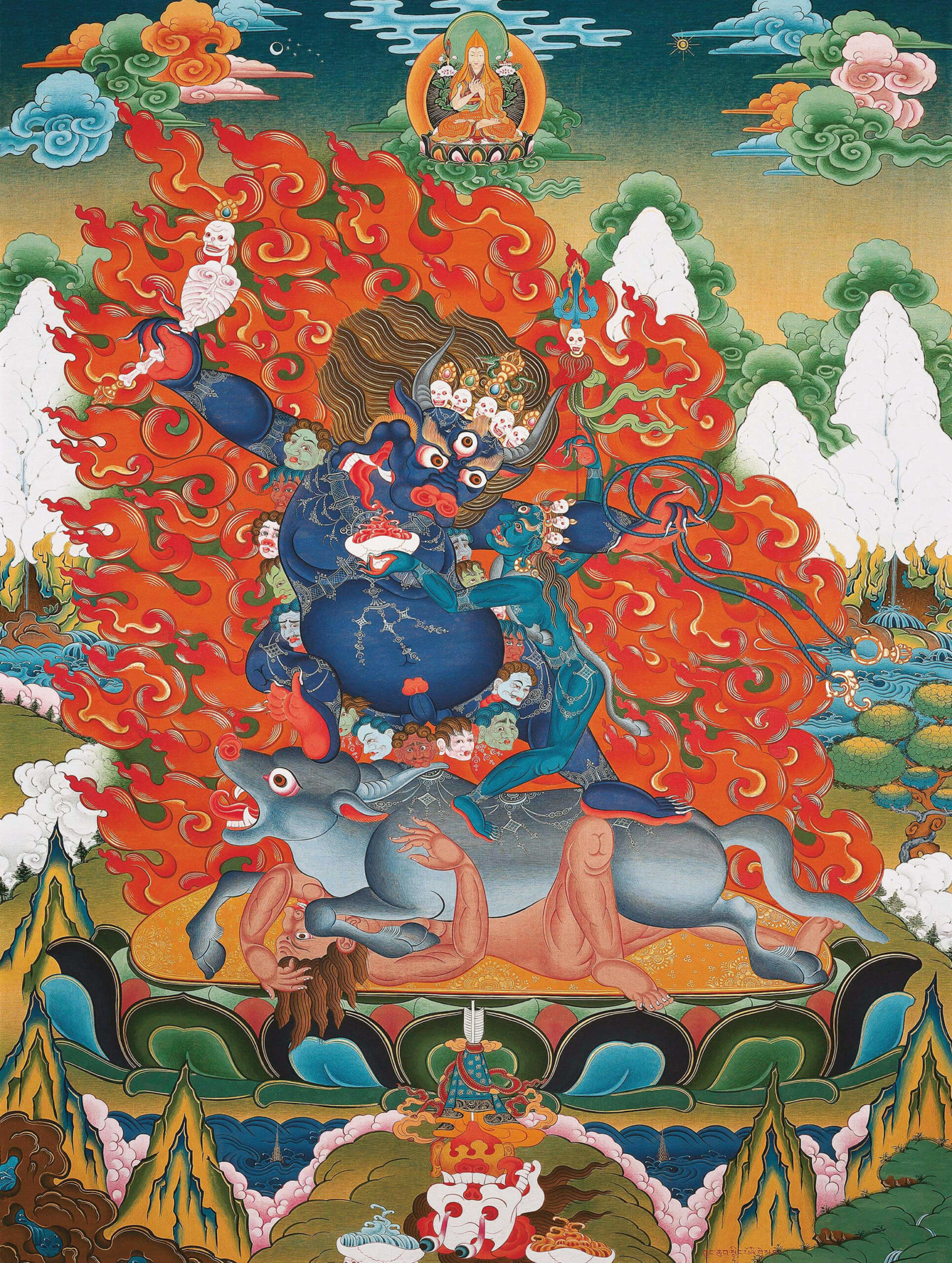 Yamaraja (tib. gshin rje rgyal po, «King of the dead») — the protective deity (sanskr. Dharmapala) of Tibetan Buddhism. Gelugpa is considered  him as one of the three main protectors of this tradition. Three of them — Six-armed Mahakala, Namsarai and Yamaraja were special patrons of Lama Je Tsongkhapa.

As we know from Bhairava Tantra, Manjushri manifested himself through the wrathful form of Yamantaka (Yama class of beings) to defeat death which symbol is an iterative process of rebirth in Samsara.

In the center of the thangka is Yamaraja with his sister Yami. Both deities are at buffalo which violates the human body. Around them is aura of raging flames. In the sky is depicted Je Tsongkhapa (1347-1419), the founder of the Gelugpa school and reformer of Tibetan Buddhism.

Property of Abbot of Buddhist University