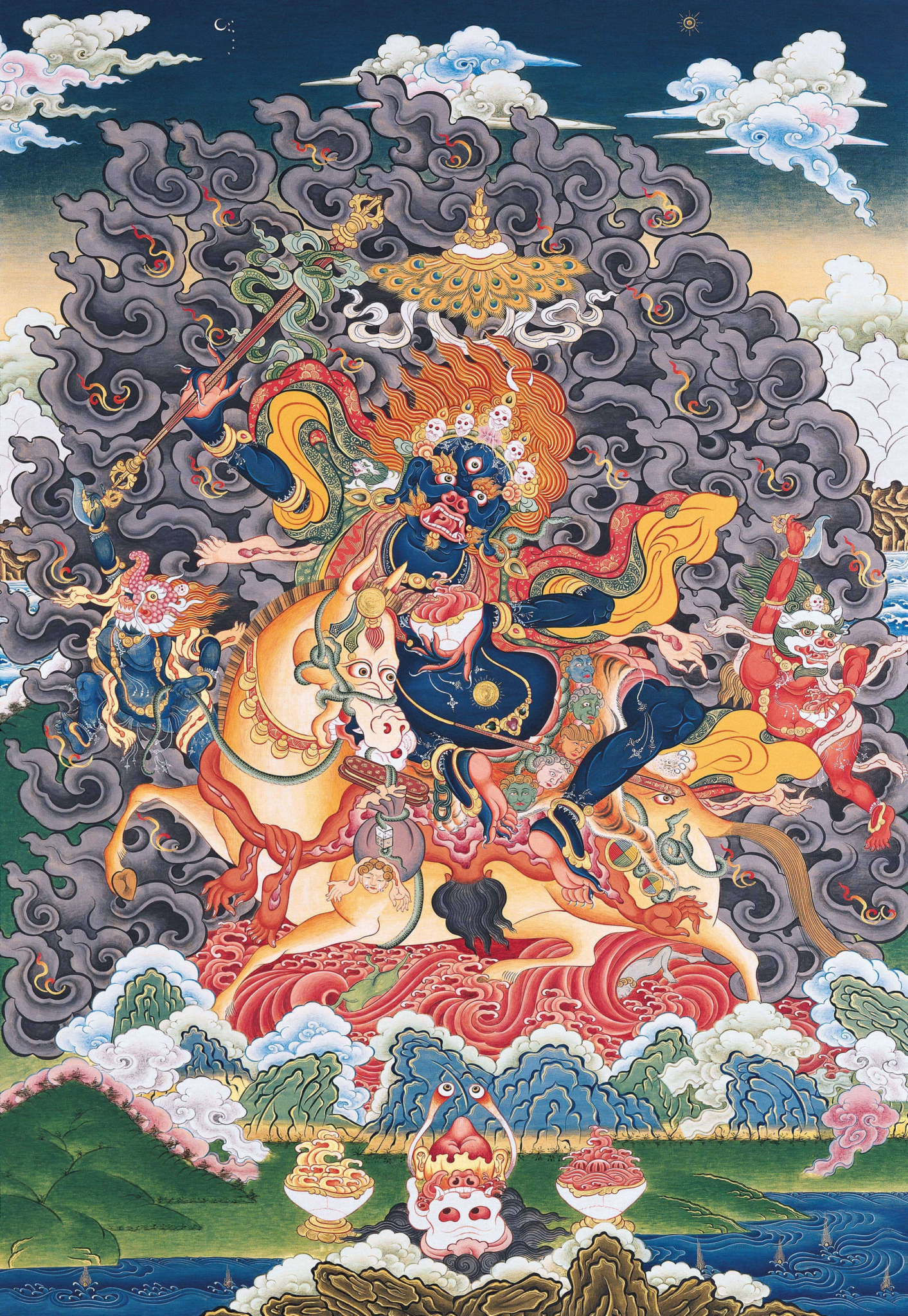 Palden Lhamo (tib. dpal ldan lha mo) is of the major protector deities in Tibetan Buddhism and the only female among the powerful group of the Eight Dharma Protectors (sanskr. Dharmapalas).

She is particularly favored by the Gelukpa, for whom she is a special protector of Lhasa and the Dalai Lama. She is known to appear at a mysterious lake, known as Lhamo Latso. This lake is renowned for revealing on its surface the reflections of the future.

The unusually large, closeup, figure of Lhamo rides her wild mule through a sea of blood and fat. She is blue-black and haggish, with pendulous breasts, flaming eyebrows and mustache, and red hair standing on end. She brandishes a vajra-topped, long-handled club and a bowl. A garland of freshly severed heads hangs around her body, snakes hold up her orange-streaked tiger-skin skirt, and five skulls topped with flaming jewels form her crown.

A moon disc in her hair and a radiating sun disc at her navel are said to be gifts from the god Vishnu, just as her other accoutrements are gifts from various other gods.

Property of A. Ivaschenko (China)