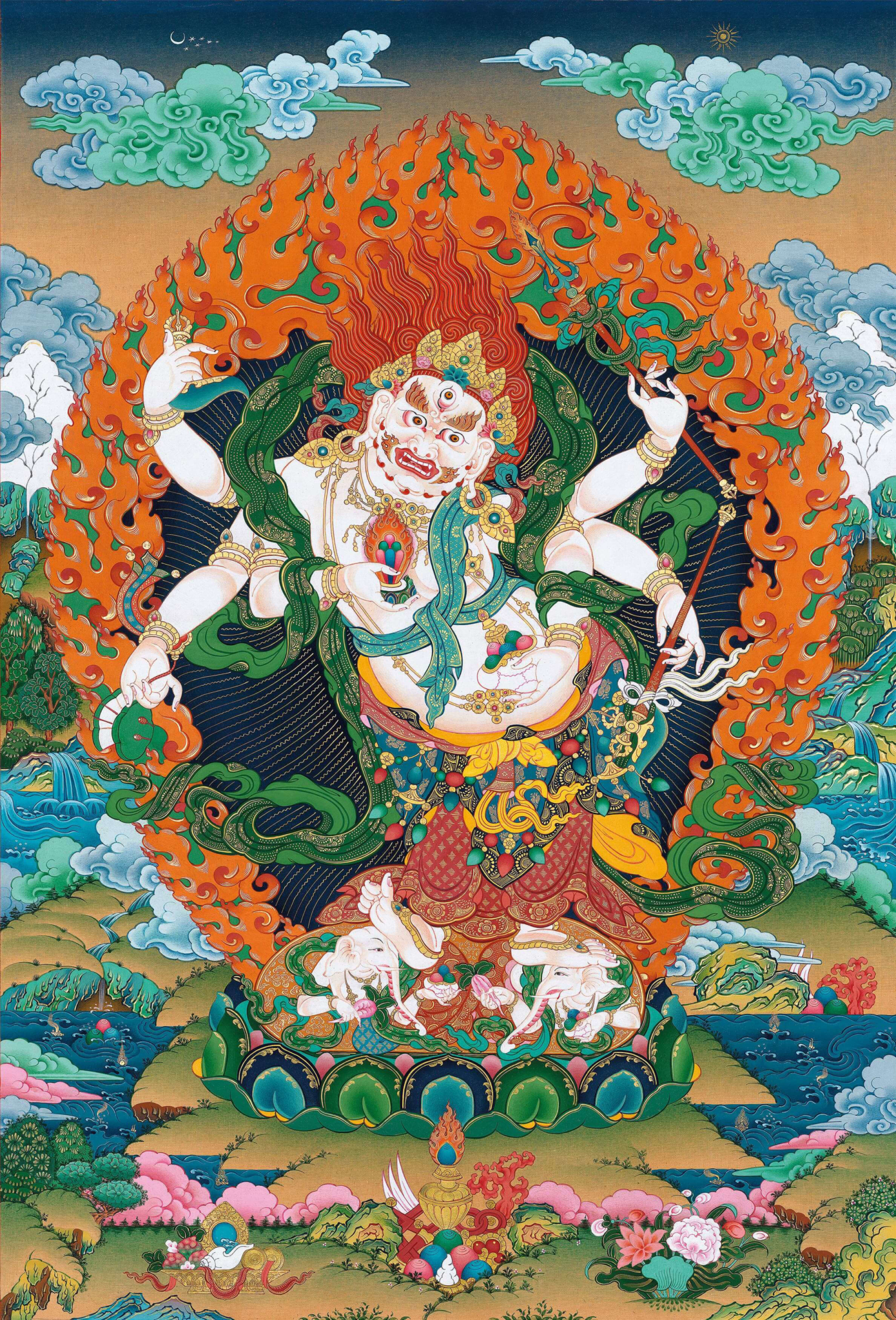 White in color with on face, he has three glaring eyes, a gaping mouth with bared fangs, orange hair flaming upward and six hands. In the three right hands are a curved knife, wish-fulfilling jewel and a damaru (drum). In the left hands are a skullcup containing a vase filled with various jewels, a trident and a vajra hook.

Adorned with a crown of jewels and gold, precious ornaments and green silk he stands with the two legs straight atop two figures of elephant-headed Ganesh, spewing jewels, above a sun disc and lotus seat surrounded by the red and gold flames of pristine awareness.

White Mahakala, a wealth deity of the Kriya class of Tantra, satisfies the material needs of Tantric Buddhists. This is a Gelugpa example of a deity that has become popular with all schools of Tibetan Buddhism.